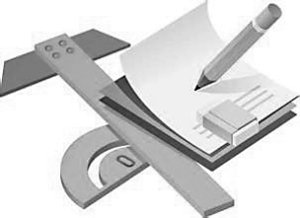 Gabon Elephant numbers rise Gabon is a country in West Africa. The number of elephants living in Gabon is higher than scientists thought. Scientists spent three years finding out how many elephants there are in Gabon. They found over 95,000 elephants.

of Tamil Nadu. It rains heavily in this city at this time of year. And it was terribly rainy last week. All schools and colleges closed. 1 Where do the singing robots work in ROK? A. In nurseries. B. In junior high schools. C. In senior high schools. D. In colleges. 2 There are more than 95,000 elephants living in________. A. India B. America C. Gabon D.ROK 3 Which is TRUE about Part 3? A. The beaches have the most sea turtle nests this year. B. There were 79 sea turtle nests on the beaches in 2012. C. The sea turtles make nests to stay away from hot weather. D. We all know why sea turtles make nests on the beaches. 4 What happened in Chennai, India? A. Robots taught students kung fu. B. There were more turtle nests. C. Elephants lived happily. D. Schools and colleges closed because of floods. 5 Where may this passage come from? A.A storybook.

艺术岛博物馆- 不可错过的艺术打卡地 Art in Island is a museum in Manila in the Philippines. There are over a hundred special three-dimensional （三维的）

paintings in it. People can take pictures with the paintings. People can make different artworks when they take pictures from different angles （角度）.The artwork creates optical illusions to make a person appear as part of the picture. At most museums, workers will tell you to look and not to touch, but in Art in Island, they tell people to do something opposite. Each hallway （走廊）

has a different theme（主题）.In some hallways, there are some famous classical pieces, such as the Mona Lisa by Leonardo Da Vinci and The Scream by Edward Munch. The museum changed the pieces to let people add their own creative genius （天赋）. The museum hopes to have more three-dimensional paintings in the future. The museum is also planning to build a workshop for students to get experience in how to paint three-dimensional pictures. They hope that students enjoy different works of art, and they also hope that students have more creative abilities.

收养的驴养成狗 John Nuttall and his partner Gražina Pervenis live on England"s east coast. When they saw a mother donkey didn"t feed her baby one day, they decided to keep him in their home. 3-month-old Kye had a hard start to his life after his mother didn"t feed him, but Gražina, a dog trainer, started to give him a hand. The pair took care of the baby donkey over the next six weeks. In the first days, Gražina fed Kye with milk from his mother through a tube （吸管）.She kept him on that for two to three weeks. She was feeding him every hour at that time. Soon, Kye began playing with their dogs. Kye came running with the dogs when John whistled （吹口哨）.He often played with a ball and everything. When Gražina went for a walk down the road, Kye would follow her like a dog.* Little Kye moved back into the paddock with other donkeys three weeks ago, and is getting stronger each day. Kye has grown up. He has got all his teeth, and he is eating well. He"s happy with his life 1 John and Gražina decided to keep

C. a mother dog D. a mother donkey 2 What can we learn from Paragraph 2? A. Gražina helped Kye. B. Kye was a 3-year-old dog. C. The pair fed Kye for six days. D. The mother donkey took care of her baby. 3 What did Gražina do to help Kye in the first days? A. She often walked Kye. B. She bought milk for Kye. C. She bought clothes for Kye. D. She fed Kye with his mother"s milk. 4 Which is TRUE about Paragraph 4? A. Their dogs often played with balls. B. Gražina trained Kye carefully. C. Kye walked with Gražina like a dog. D. Kye didn"t like running with dogs

D 任务型阅读 主题：12 岁少年户外露营，心系慈善 Max Woosey is now 12 years old and lives in Devon, England. In March 2021,he encouraged about 1,000 young people to take part in the Big Camp Out to raise money for charity（慈善）．The event started one year after Woosey camped outside in his garden to raise money for a hospice. Hospices care for people who are ill and near the end of their lives. Woosey wanted to help the hospice because it looked after his neighbor Rick Abbott. So on March 29,2020,Woosey slept outside in a tent. The tent came from Abbott. When Abbott gave him the tent, he said,“ Max, I want you to promise me you will have an adventure in it.” Woosey wouldn"t forget his promise. He soon went camping and stayed in the tent for the night. Woosey"s adventure is still going on and so far he has raised more than 573,000 dollars. By the time The Week Junior went to

press on December 22,Woosey had slept outside for more than 600 days not having a break. 阅读短文，根据短文内容判断正（T）误（F）。

1 Max Woosey is a boy from America. 2 Max Woosey went to hospital to raise money.

巨型千足虫化石 If you are afraid of insects, it might be difficult for you to read this passage. Scientists

a fossil（化石）on a beach in England. It shows that the

insect in history was the size of a small car. The fossil is a big millipede. This

insect had hundreds of legs. The name “millipede” means “one thousand legs” in Latin. The

said what they found was “really the biggest insect that ever lived”. They said the millipede was around 2.7 meters

and weighed over 50 kg. This would be terrible. It would need much insect spray （杀虫剂）

The scientists found the fossil by chance （偶然）.They found a rock on the beach. It

from a cliff （悬崖）.It was an exciting find. The fossil has a

of 326 million years. This was 100 million years before the Age of the Dinosaurs. The scientists believe that the millipede

too much because it was so big.

They said,“ We don"t know

it ate. However, there were many leaves and nuts...at the time.” It might also eat frogs and lizards, but not humans. 1A.found B. lost C. took D. brought 2A.smartest B. cheapest C. biggest D. tallest 3A.beautiful B. terrible C. popular D. expensive 4A.teachers B. doctors C. visitors D. scientists

and write last year. She learned to read just for one year, but she did well in＿2＿lessons． She got a score （分数）

of 89％ in the test． Kuttiyamma"s teacher congratulated her. He wrote online:“ With the

love and respect, I wish Kuttiyamma...the best.” He posted a photo of the star student. In the

,she is smiling from ear to ear. Another teacher wrote: “I show respect to Kuttiyamma

her hard work. It will encourage

for sure.” Kerala state cares about adult education. Kuttiyamma"s success

when we put our hearts to it.* Kuttiyamma did not go to school when she was small. However, her

called her “a very smart woman”. He said his students were happy after they saw her test result. Kuttiyamma said she wanted to start

letters and go on with her studies to make her skills（技能）better. 根据短文内容，用方框中所给词的正确形式填空，使短文完整、通顺（其中有两个词多余）。